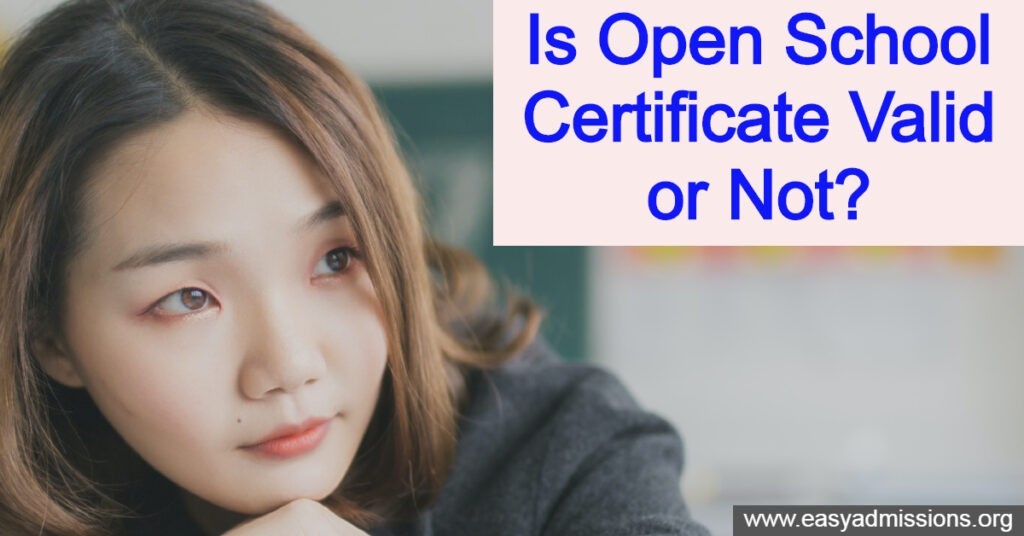 Is Open School Certificate Valid or Not?

Yes, open school certificates like Secondary or Senior secondary also called open inter, are valid for the purpose of further studies as well as for the state and central government Jobs/employment.

But, the open schooling boards should be approved by the local state government or by the ministry of education (School Education Department).

Let me show you some references to understand better.

How Many Open Schools are there in India?

There are 18 open schoolings in India according to the National Institute of Open Schooling, New Delhi.

It has been decided by the NIOS that the certificates by the State Open Schools (as per list enclosed) to their learners after qualifying Secondary and Senior Secondary Examination(s) conducted by them would be treated at par with the similar certificates issued by the National Institute of Open Schooling to its learners.

Accordingly, the learners of the State Open Schools would be eligible for admission in the courses offered by the NIOS

That the open schools which are established by the state legislature act or parliament act are valid for the central government jobs.

COBSE Full form or COBSE Stands for Council of Boards of School Education in India, which is a non-government organization, will give membership to school education boards in India which are established by the State Act.

The COBSE membership only is not mean that the board certificate or board valid for the purpose of employment or further studies.

And COBSE membership is not mandatory it is voluntary only.

Yes, IGNOU All Courses are valid for Govt Jobs,

37 thoughts on “Is Open School Certificate Valid or Not?”